Stretch IRAs Snapped Back Under the SECURE Act 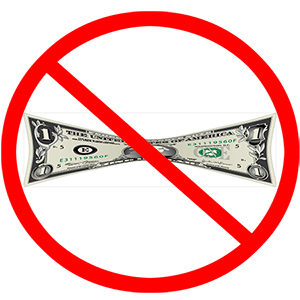 Savvy estate plans just lost a popular tool for managing the tax liability of inherited individual retirement accounts (IRAs). The SECURE Act, which became law at the end of 2019, changed many rules around retirement contributions and withdrawals. Prior to the Act’s passage, when beneficiaries inherited an IRA, they had the ability to take their required annual distributions over their lifetime. If the beneficiaries were young, this “stretched” the tax-deferred growth for many years.

Unfortunately, the ability to “stretch” an IRA was snapped back by the SECURE Act, leaving attorneys, CPAs, planners, and individuals scrambling. Under the new rules, the funds of an inherited IRA must be distributed within ten years to most beneficiaries.

Not everyone is subject to the new rules. A few categories of recipients, called Eligible Designated Beneficiaries, are still allowed lifetime distributions:

For everyone else, however, the stretch IRA is no longer an option. Our inheriting granddaughter doesn’t qualify because the final exclusion only applies to children.

Of course, if a beneficiary wants to take distributions that will empty the account in less than ten years, that’s fine. Also, unlike the old distribution schedule, the SECURE Act says the funds must be distributed in ten years but sets no rules as to the schedule. As a result, a beneficiary has flexibility and could postpone all distributions and withdraw the money in the last year. Of course, this strategy could create an income tax nightmare by introducing enough additional income to move the recipient into a higher bracket.

Looking back at our earlier example, it’s highly unlikely that the granddaughter who inherited the IRA is in a high tax bracket. If she took even distributions of the money, adding $30,000 each year, possibly she would stay in the same bracket, and likely she would move up only to the next level. However, if she waited until year ten and withdrew the entire $300,000 (assuming no additional growth), her nominal tax bracket would be 35%. he would have blown through the 10%, 12%, 22%, 24%, and 32% rates. She would find herself in the second-highest tax bracket. That’s not good planning! Scheduling distributions throughout the ten years eliminates, or at least lessens, that issue.

Even though the flexibility of distributions can be helpful to some beneficiaries, it also raises some serious estate planning issues. Certain trusts are designed to receive the distributions from inherited IRAs, but the rules stipulate that the trust can only take the required amount. Because the SECURE Act does not demand any distributions until year ten, the trusts may be mandated to take the withdrawal all at once. The cash inflow could bring about the same disastrous tax treatment discussed earlier. If you have established a trust to take distributions from an IRA, contact your estate attorney immediately. You may need to make some adjustments.

Your specific situation will dictate solutions to the loss of the stretch Individual Retirement Account. One potential strategy involves converting your traditional IRA to a Roth over time. Roth IRAs have required distributions for beneficiaries, but the payments don’t have tax consequences assuming everything has been properly structured. If the owner of the account completes the conversion slowly, paying attention to tax brackets, then the tax implications each year are not too onerous.

Other strategies may be possible, too. Talk to your financial team. It’s common for financial articles to end with a disclosure discussing the importance of reviewing the information with your own financial professionals. In the case of the SECURE Act, the disclaimer is important advice. The rules have changed, and you will need to create a plan to address them. You don’t want to get snapped by taxes and penalties.