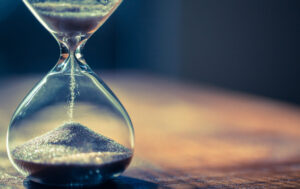 My husband died unexpectedly in March after a brief fight with advanced cancer. He was a tremendous human being—smart, kind, humble, and funny. He was also organized. We had talked about what I would need if something happened to him. We had an estate plan in place, and he had an excellent job. His employer offered a pension, a defined contribution plan (like a 401k), and extensive benefits that included life insurance. Additionally, I’m a financial planner who reviews these topics regularly. We expected everything to go smoothly.

When I contacted HR shortly after his death, the rep told me to expect his life insurance benefit within a couple of months and my spousal pension in approximately six months. Unfortunately, because he passed away before he received his final paycheck, that money wouldn’t be available until they also paid me for his remaining vacation time—around four months after his death.

I listened with horror to the human resources rep effortlessly spout extended timelines, and my neck immediately developed a pop it still retains. I thought I would be okay, but I was already terrifically upset, and even the possibility I might have an unexpected financial crisis was more than I could handle.

I knew there would be a lag between his death and financial payouts. Whenever benefits have to be processed by an employer, there is a delay. As a financial planner, I’ve explained the process to clients many times. Additionally, I had seen clients experience a lag in payments, and I expected my timeline to be more in keeping with their reality. I never expected what I was told.

Unfortunately, my reality is even worse than I was advised; the life insurance check arrived three months after his death, not two. Additionally, COVID delays have also postponed my expectation of pension payments until as late as December, nine months after his death. Although I will receive back pay, that isn’t impressive to my mortgage holder.

I’m so lucky we had some money saved. Additionally, once the insurance check arrived, the value was large enough to ensure that I will be fine. But how many people do you know who could survive a cut-off in income that extended for months and months. For that matter, would you be okay?

I’m guessing most of you said “no.” Don’t be ashamed or afraid. Learn from my ugly surprise and make some adjustments while you still can. First, you and your spouse should each contact your employers. Ask them how long a surviving spouse should expect to wait before benefits are available. Don’t forget to build in some extra time in case something goes wrong.

If the delay is considerable, do you have an emergency fund sufficient to cover the gap in payments? Sometimes, when jobs are stable, emergency funds are neglected. If you don’t have enough money to bridge the gap, how long would it take to save it? If it’s a significant time, you have another option—life insurance.

I regret that too many people view financial planning only as life insurance and mutual fund sales. Because of the stereotype, I dread talking about insurance. I have always been concerned that people might think all I wanted to do was recommend a product. Still, adequate insurance is a key part of a financial plan.

Life insurance can be acquired three main ways—through an employer benefit, through an association membership benefit, or through a private purchase. Of these three methods, private insurance is most likely to pay quickly and provide access to money shortly after someone dies.

My husband had a life insurance policy taken out by his mother when he was a baby. It paid out in a week after I contacted them. Unfortunately, it had a small face value. However, if he had owned private life insurance equal to his salary for the six months until I was supposed to get his pension, I would have had less stress. Alternatively, he could have owned a private policy equal to three months of his salary to bridge the gap until the larger company policy paid me. I wish we had known that while he was alive.

You should strongly consider purchasing a life insurance policy equal to a few months of your salary if your loved ones will have time without access to your death benefits. It’s only a stop-gap solution and assumes that anticipated benefits will be adequate once they are received.

Of course, you will need more life insurance and adequate savings if your existing resources aren’t sufficient for your survivors’ financial health. That’s a blog topic for another day. As you calculate your insurance need, don’t forget final expenses. Those bills usually hit within two weeks of death. Funerals, cremations, burial plots, and monuments cost more than you might expect.

If you have a short-term insurance need, you need to decide between term insurance (payable for a predetermined period of time) or whole insurance (for permanent coverage). Your choice depends on your current financial situation. If term insurance would get your loved ones past major expenses, it might be sufficient. On the other hand, I’m not talking about making a tremendous insurance purchase. Whole life will cost more, but you will have the peace of mind knowing it’s always in effect.

No one wants to talk about death, and estate planning is the most neglected part of most people’s financial situation. However, my husband and I did discuss it, and we thought we had a solid estate plan. However, we forgot to ask when the plan took effect. Timing is everything.