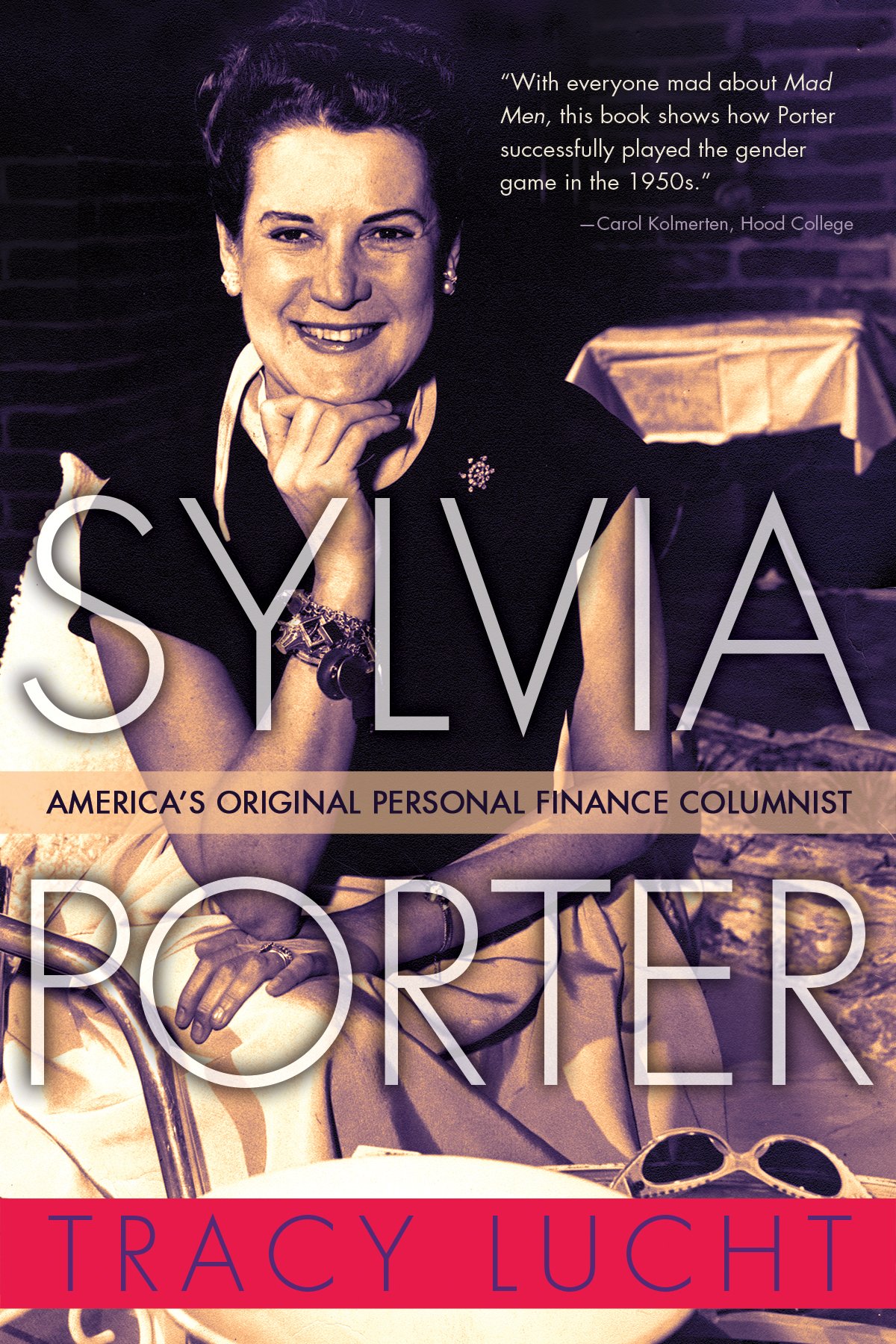 Before Suze Orman, there was Sylvia Porter. Beginning her career in the 1930’s, many women worked in the home, and the ones who went to work were usually nurses or teachers. Certainly, they weren’t in finance. Yet Sylvia Porter was determined to learn what had caused the great depression and changed her major from English to Economics. She became a personal finance writer–maybe the first, true personal finance writer (writing under the name SF Porter)–in a newspaper column that became syndicated. She spoke and wrote and eventually, with the help of some additional writers (who received no credit), wrote Sylvia Porter’s Money Book. Her career lasted into the 1980’s, and she died in 1991.

I really enjoyed Tracy Lucht’s biography of Sylvia Porter because it painted her with an unvarnished brush. Sylvia was brilliant, brave, and clever. She was also arrogant and very ambivalent when discussing women and money. On one hand, she gave tremendous financial advice while on the other hand, she claimed she always consulted her husband in decisions. Her role was difficult because even today, women in finance are a bit of an endangered species. In the 1930’s, she was so rare she could have been on display in a zoo.

Who Will Not Like This Book: Anyone who doesn’t enjoy biographies and anyone looking for personal finance advice. This is a book about the advice giver, not the advice, itself.