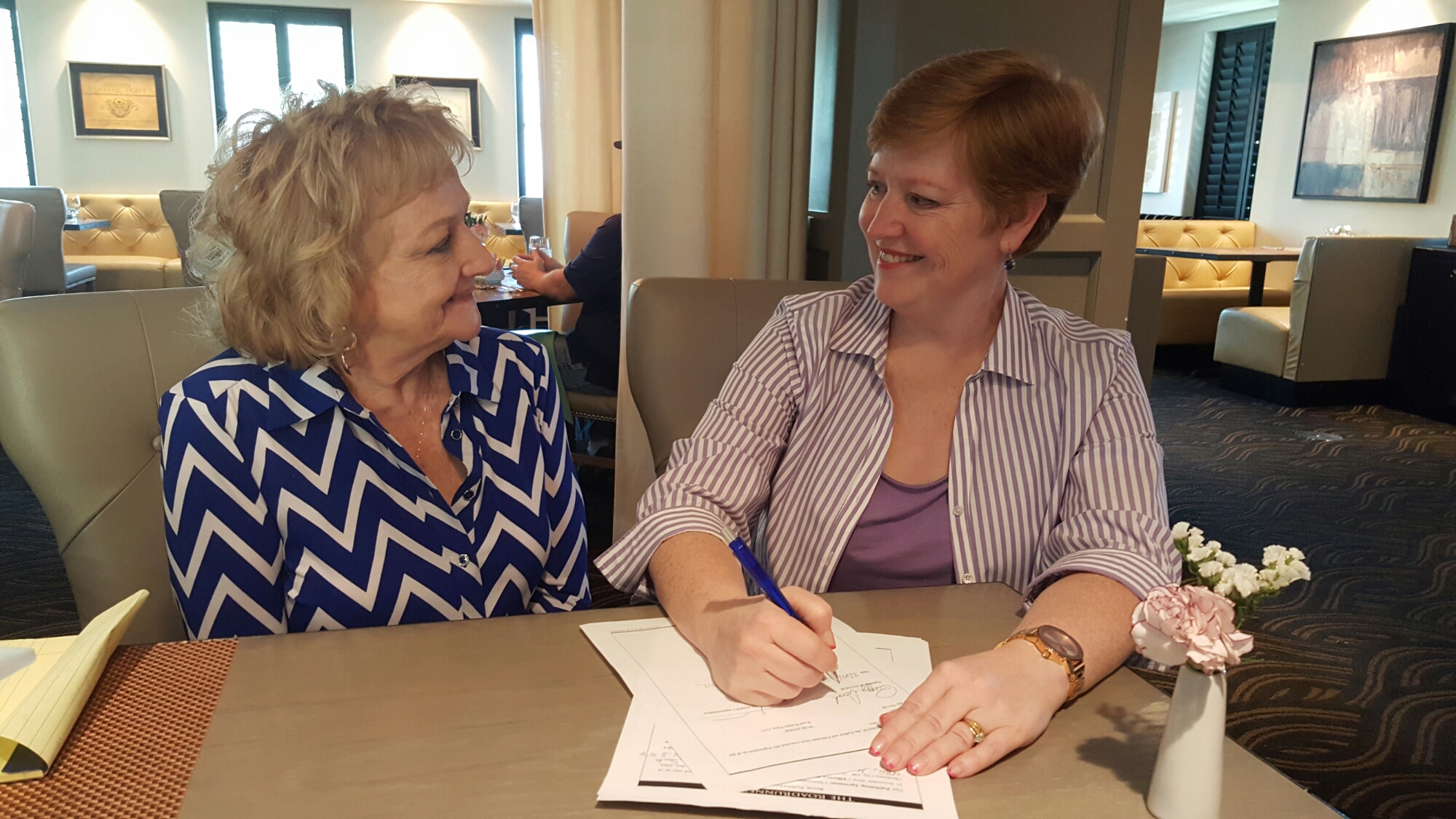 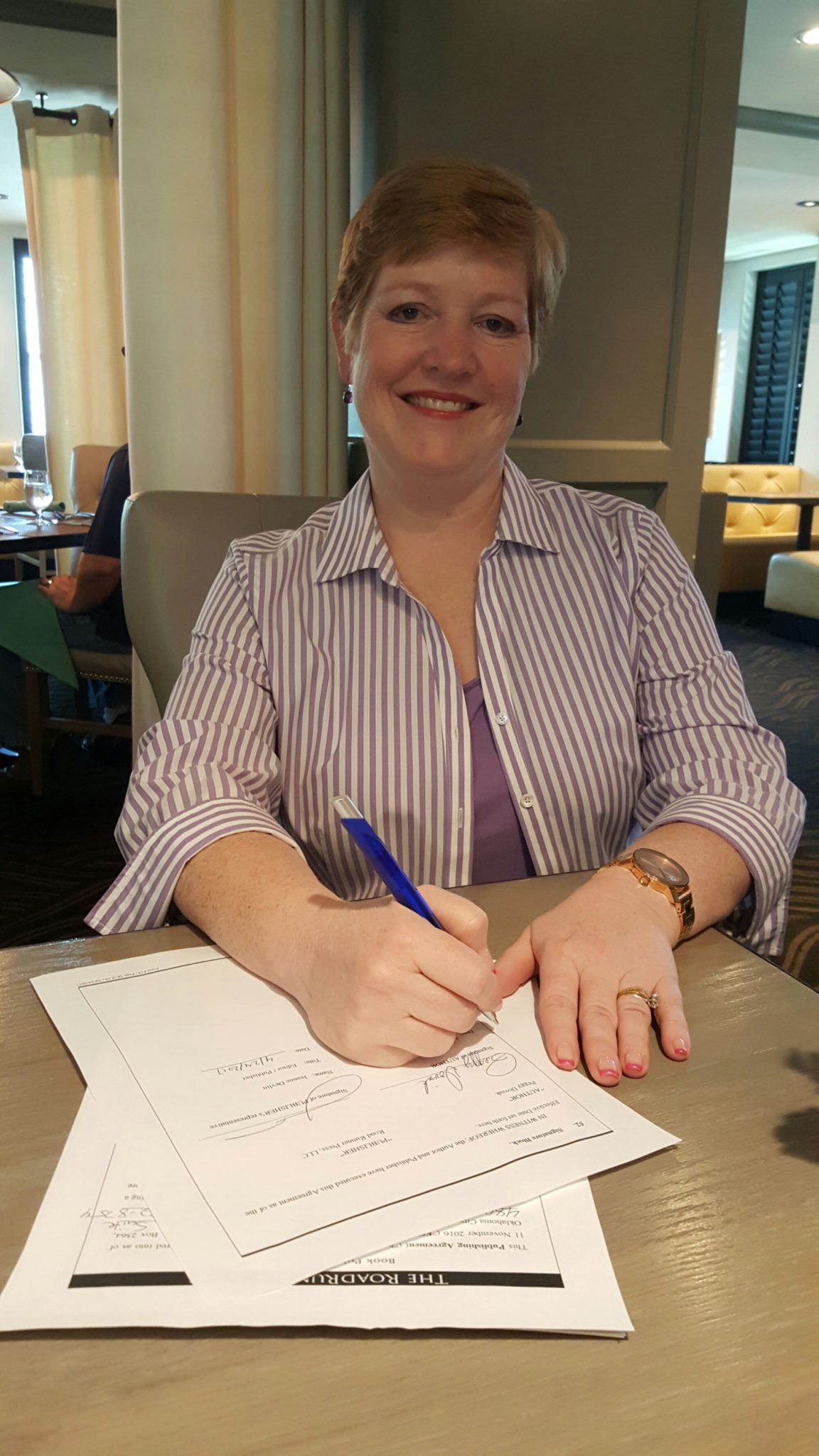 In 1988, I was a newly graduated secondary English teacher who wanted to be a writer. One Saturday, I was at a craft show, and buried between booths selling ceramic geese wearing clothing, I found a jewelry table. As I chatted with Nancy, who was  selling the jewelry, she told me she was an author who published novels with Harlequin Romance. O.M.G. A real live author! And I was talking to her! I told her I wanted to be a writer, and she invited me to a romance author’s convention in Oklahoma City. Editors and agents would be there, and it might give me a chance to meet people.

At the conference, I was invited to sit at the table with Nancy and her friends. After some encouragement from them, I approached the glamorous editor from New York. I told her I was working on a Harlequin Mystery (true, I had a title and a concept), and that I had written about a third of it. I expected it to be finished in a couple of months (outright, boldfaced lie). She thought my plot sounded great and told me to send it to her as soon as I was finished.

Awesome! I’m going to be a writer because I have an editor who’s interested in my book. Now, all I have to do is write it. In 60 days. I wrote like a fiend every day, and the longer I wrote, the more I realized I wasn’t really cut out to be a romance author. I didn’t think I was very good at it. However, Nancy stayed encouraging, and I sent my book off to New York. Two or three months later, I got a rejection letter.

At the age of 23, I knew my writing career was over. I finished my Master’s Degree, moved to Norman, OK, and started my Ph.D. Life moved on and the dream faded, as dreams usually do, but I never forgot Nancy.

Thirty years passed, I changed careers to finance, and after great encouragement from family and friends, I finally wrote my book. It wasn’t a romance; it explained and applied 52 financial planning topics. However, by the time I wrote it, I knew that getting a “real” publisher for a first book was almost impossible, so I chose a local publisher who required money to market the books of its authors. I knew in my heart it was a vanity press, but I didn’t see any other real options. And honestly, I’m almost certain that I wouldn’t have taken the time to write the book if I hadn’t known it would be published when it was finished. However, from the beginning, the relationship with the publisher was scary as I read news stories about lawsuits and encountered ever-changing contacts when I would try to call. I was afraid it would close before my book was ever released. Nevertheless, my book was published in September 2016, and it received nice reviews from the people who read it. But I didn’t know how to market it, myself, and I received no real marketing assistance from the publisher other than an arranged book signing held at a coffee shop in the middle of a snow storm right before Christmas. The coffee shop made money because I bought an eggnog latte, but I didn’t sell a book.

I was desperate for a contact in the commercial publishing world. I needed someone who knew how to find another publisher and market a book. And I remembered Nancy. I actually remembered her first and last name, Nancy Berland. I looked her up on Facebook because you can find ANYBODY on Facebook, and there she was–Nancy Berland Public Relations–Helping Authors Achieve Their Publishing Dreams for Twenty Years. Wow.

I called her, left a message, and sent an email, just in case one of my methods didn’t get through. She called me back and we talked. I told her how I had never forgotten her and how helpful she had been. She read my book and sent it to a friend of hers who is a publisher, Jeanne Devlin of The RoadRunner Press. This week, I signed a contract with The RoadRunner Press for a re-release of my first book under a new title, ISBN, cover, and updated, enhanced material. We also have plans for at least two more books.

I could conclude this article with a sentence or two about the importance of networking and remembering contacts, but that puts too commercial of a spin on how I feel today. I am the girl who always wanted to be a writer, who made up stories with her great grandmother, who lied to a Harlequin editor because she wanted to be a writer so badly, and who finally, after some missteps, is realizing her dream thanks to a woman who gave a break to a very young woman who wanted to write novels. Thanks, Nancy!